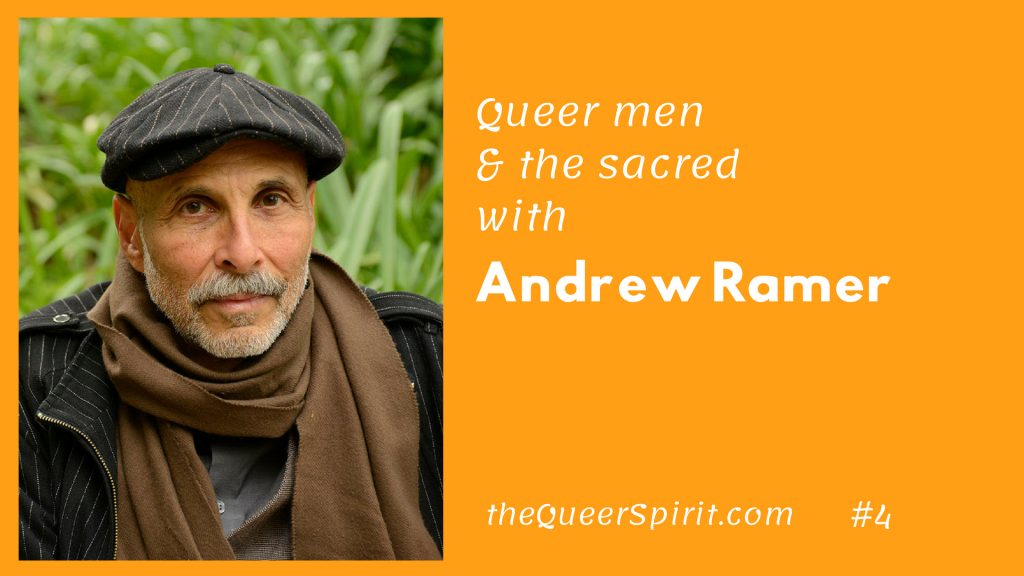 In 1990 Harry Hay blessed Andrew Ramer as “a younger elder of the tribe.” Mark Thompson interviewed him for his 1994 book Gay Spirit along with fifteen other writers, healers, teachers and visionaries. Andrew’s own books include Two Flutes Playing: A Spiritual Journeybook for Gay Men, Queering the Text: Biblical, Medieval, and Modern Jewish Stories, and Revelations for A New Millennium. He was born in Elm-hurst, New York, across the street from an amusement park called Fairyland, and he now lives in Oak-land, California up the street from an amusement park called Fairyland. You can read more about him and his work at andrewramer.com