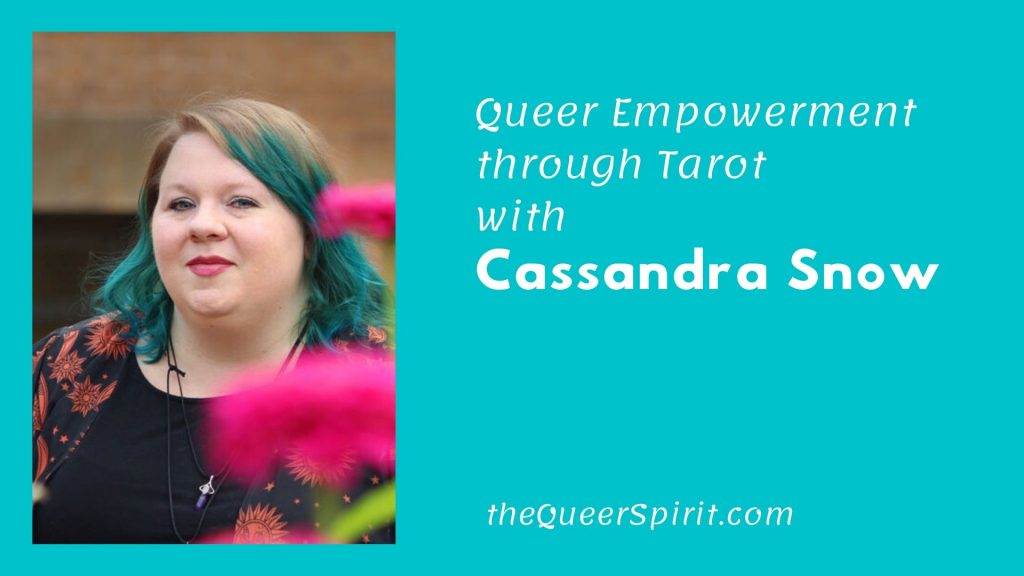 Cassandra Snow (they/them/she/her) is best-known for penning the Queering the Tarot book and a series of the same name, which was seen on Little Red Tarot. They’ve also written about tarot, witchcraft and theatre at Take Your Pills, QueerTarot.cards, and Howlround among others. Cassandra’s second book, Queering Your Craft: Witchcraft from the Margins, is coming out via Red Wheel/Weiser Publishing on November 1, 2020.

Cassandra has been reading tarot for over a decade, and operates out of Minneapolis, MN. Cassandra is normally stationed weekly at The Eye of Horus and twice a month at The Future. They also read regularly at The Haunted Basement’s Maker’s Fairs and special events. They’ve taught classes and workshops everywhere from colleges to sex stores, as well as at the more expected metaphysical stores and events.

Cassandra firmly believes that tarot and witchcraft should be accessible tools for anyone who wants to use them and works to make them approachable without making them seem fluffy. Humor, generosity and collaboration weave their way through all of Cassandra’s work. The work also comes from a radical, queer, sex-positive, fat-positive, anti-racist, feminist and Pagan point of view.

In Cassandra’s other life, she runs a queer theatre company called Gadfly Theatre Productions in Minneapolis. 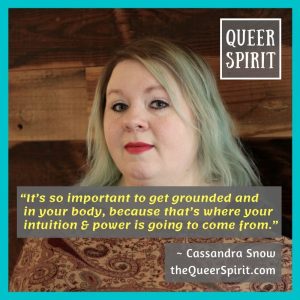